Member of The Month – Mark Buettgen

Congratulations on being chosen as our Member of the Month for March – Mark Buettgen. Please read the questions to our questionnaire and Brian’s answers.

How many years have you been shooting Benchrest?
I shot my first match in 1989 at the Minnetonka Game and fish club in St. Francis MN. And was hooked.
It was with a borrowed rifle from Don Judd, one of my early mentors. Two months later I purchased my first Sporter from Don, a sleeved, dual port 40X with a 36 Leupold, some dies, and home made front rest and I was all set.

What is your favorite Benchrest shooting discipline?  Long Range? Score? Group?
My favorite is still group shooting and I try to hit as many as I can. I also recently took up F Class and really enjoy it. Biggest reason was, it’s now 6 hours to the closest BR range and I have 3 long range clubs within 90 minutes of my house, just wanted some trigger time.

What is your home range or Rifle Club?
Unfortunately, I don’t have anything close anymore, but my favorites are St. Louis, Holton, and where it all started, Minnetonka.

Favorite match or matches you annually attend?
Where ever they’re holding the Nationals and the East/West shoot.  Since 2014 I’ve been starting the season out at the Hog Roast.

What makes these matches so special?
I get to shoot my Rail Gun at the Natls. And that’s my favorite, just love the big gun. St. Louis is one of the best ranges in the country, great facility and crew and lots to do around the area. Need to shake the snow and ice off and the Hog Roast is a great place to start the season off plus it’s been one of the qualifiers for the World Team

Which friends do you like go to matches with?
Because of where I’m at now, I’m generally traveling alone or with my wife when we bring the RV, and she really looks forward to getting together and spending time with the other ladies.

What rifle components do you use (Scope, Stock, Action, Barrel, Trigger)?

I run 2 Light Varmint guns that are exactly the same except for scope rings, 1 has Bat rings and 1 has Kelbly 4 screw. Both are Bat DS, Right bolt, left port, right eject. Leonard stocks. Bartlein barrels, with a slight gain twist. I have been using 45x Leupolds for a very long time but last year I picked up 2 42x Nightforce scopes and the little I’ve used them, like them a lot. For triggers I still like a Jewell and have them in all my rifles. My Rail is a Young that I’ve had since 2001.  It’s a barrel block rig that I use a 1.450” straight cylinder barrel at about 24” finished length, 1-13.85 to 1-13.75 twist, either 4 or 5 groove. I’ve been using a lot of 5 groove barrels the few years. I’m still a bag squeezer and for my front rest, I use a Sinclair base with a Tom Dunrud Hydraulic top and tom’s cam for the rear leg.  My rear bag is one of those old gray colored soft leather bags I picked up from Lester at the 2004 SuperShoot with bunny height ears. One of the better decisions I made a while ago was to start making my own bullets. I use George Ulrich’s 6mm 9/7 die with a .078 boattail and .825 jackets and his B&A copy press. These have helped me tremendously, the same bullet, same reamer makes life a lot easier when tuning and builds confidence.

Greatest benchrest memory to date?
I’ve got many fond memories, but one would be from the Holton Nationals when I was trying to make the Team.  I needed a good showing and I came with one new unfired barrel and one with about 100 on it.  That unfired barrel turned out to be one of the best I ever had and wound up setting a World record in the 100 yd light Varmint Agg of .1426 and getting my 1st H.of F.point. Later that week another 200 yard Heavy Varmint agg win, with my other rifle, helped me to earn a spot on team.

Stop getting caught in let ups! It would be nice to get some practice in, normally the only time I get is the day or two before the match. But making another World team would be #1.

Any advice you would share with new shooters?
1st would be, find a mentor. 2nd would be, find a mentor. I was very lucky when I started that I had several, Jerry Simison, Don Judd, Jim Hall Jerry Lahr. Later I sought out others for help and counsel, Tom Dunrud, Lowell Hottenstein, Don Powell and many more. Please don’t be afraid to ask for help and advice, I think you‘ll find most folks are happy to help any way they can. 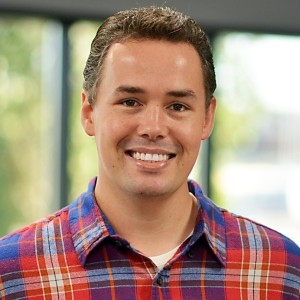